Your donation allows us to deliver education programs, creating lifelong memories that inspire people to conserve the natural world.

How your donations help us.

As a non-profit, registered charity, the Saskatoon Zoo Society relies on the generosity of our members, individuals, corporations, foundations, and all three levels of government to support our programs and facilities. These include our numerous education programs and our ability to improve the animals’ quality of life at the Saskatoon Forestry Farm Park and Zoo.

Donations to the Saskatoon Zoo Society can be made in a variety of ways; from annual gifts to Memberships and Adopt-a-Critter purchases, there are many ways you can show you care!

All donations of $10.00 or more will be issued a charitable tax receipt. The Saskatoon Zoo Society is a charitable organization that relies on the generosity of all its donors. 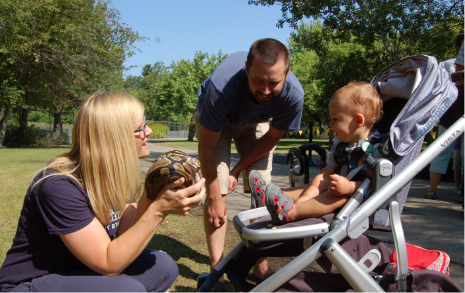 The Society coordinates a wide variety of educational programs at the Saskatoon Forestry Farm Park and Zoo. The success of these programs is due, in no small part, to a group of dedicated volunteers.

The Investigation Station area involves working with our biological artefacts – horns, antlers, tracks, scat, skulls, etc. Individuals are required to engage with the public and our artefacts. A good grasp of the English language is required for this position.

16 years or older. Must have a current police security check with the vulnerable sector search.The Saskatoon Zoo Society can provide you with a letter to get the Police check done free of charge.

We ask that volunteers commit to at least four two-hour shifts during the summer.

Currently there are no opportunities available. For more information, please email us at info@saskatoonzoosociety.ca

The Saskatoon Zoo Society invites interested individuals to apply to become board members.

Potential board members (volunteer position) are asked to submit a resume directly to board@saskatoonzoosociety.ca.

When are members voted in?

Voting takes place at the AGM which is held in March of every year.

In Memory of Nick Laursen

A Memorial Fund has been set up by Nick Laursen’s parents and the Saskatoon Zoo Society to honour his memory and to support something that Nick held dear – teaching people about the wildlife at the Zoo.

Nick joined the Saskatoon Zoo Society as a volunteer in June of 2015. His infectious smile and work ethic was obvious from the beginning. Nick was passionate about his volunteer duties and was hoping that someday it would lead him to a zookeeper position at the Saskatoon Forestry Farm Park and Zoo. Nick was a dedicated interpreter who was ever so gracious when talking to the public about the animals with which he had spent so much time.

In the summer of 2018, he was hired on to drive the Kinsmen Express Train in the Zoo. He was a great asset on the train as he was steady and reliable and came with a wealth of knowledge about the animals he deeply cared for at the Zoo. 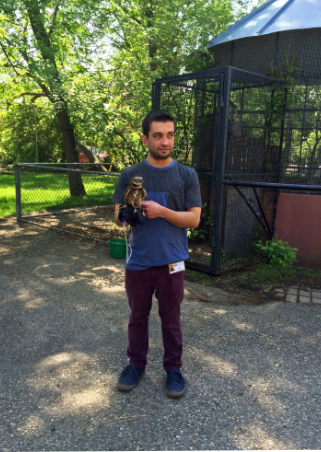